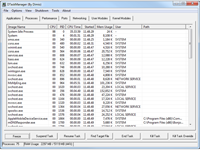 This is the third time in two days I get "file not find" error. The two ones before this worked after some time (or after I comment, idk).
The browser tries to download from "download3.portableapps.com". Is it a mirror with mirroring issues?

It was an oversight on my part for the 3 files. It's fixed now. Apologies.

No need to apologize

No need to apologize. I've just made comments to help, not to complain.