HWMonitor is packaged with permission from the publisher 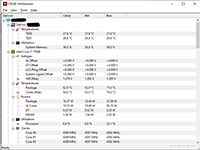